Coming all the way from West Virginia, Multi-Instrumentalists Sam and Joe Herrmann, also known as “Salmonjoe”, will play for House Concerts in LO. Sam and Joe will be teaching at the Annual Spring Fling Rendezvous camp for Hammer Dulcimers at Oral Hull and will then come to our house immediately afterwards to keep the good tunes going! See details below. 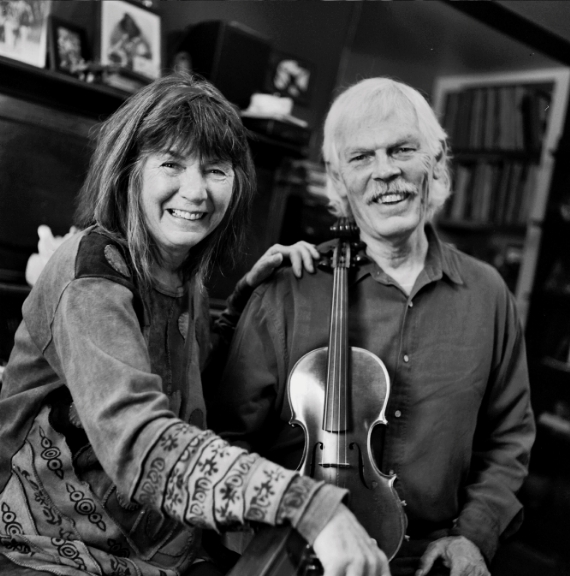 Location: In Lake Oswego – info furnished when you make a reservation. Reservations can always be changed. Grab a spot while you can!

ABOUT SAM AND JOE HERRMANN:

Since 1975, Sam and Joe have brought traditional American music to audiences throughout the United States, Canada, Ireland, and Scotland.  With fiddle, hammer dulcimer, banjo, and guitar, they tend a stable of songs from the first settlements of Appalachia to the best of contemporary American folk music.  They combine precise instrumentation, melodic interplay, and vocals to create a warm and engaging sound. Their repertoire includes songs that express a range of experience that can make you laugh or make you cry and occasionally do both at the same time, ballads that tell stories of bad men and disappointed lovers. Instrumentals that will make you want to get up and dance or sit back and listen.

Sam and Joe have played at numerous folk music venues, festivals, and concerts including Home Routes Canada, the Birchmere , the Kennedy Center, the Philadelphia Folk Festival, the Carter Family Fold, the Vancouver Folk Festival, Clearwater’s Hudson River Revival, and the Upper Potomac Dulcimer Festival.  They have appeared on radio shows such as Mountain Stage, Voices from the Mountains, and Live at the Birchmere, and on television shows such as Live at Meyerhoff Symphony Hall, Music from Home, and the Today Show.  They have 7 CDs: Gather ’round (2008), The Dulcimer Collection (2000), Cowboys and Indians (1995), Great Dreams (1988), By and By (1985), Sweet Home (1983), and Poor Boy (1979).